Today, as my domain name provider has reminded my wallet, is the 1 year anniversary of this website! Technically, the site existed a few weeks before I got the name, but it was just a collection of files. To celebrate, I'm going to write a bit about how this whole thing got started.

As you probably know, today is also the 30th anniversary of Super Mario Bros. (Happy 30th!). When I was three years old, my family had an NES with Super Mario Bros. and Duck Hunt. I loved (and still do) playing Super Mario Bros., and I'm now a huge fan of practically all Nintendo and retro video games. 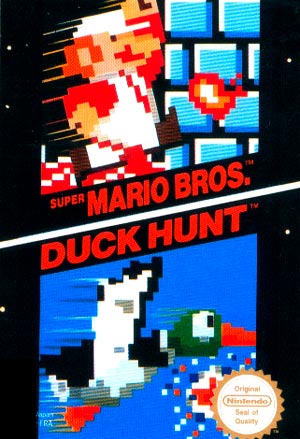 A few years ago, I started looking up all sorts of information and trivia on my favorite video games, along with achieving the goal of playing every Nintendo Console (except the Virtual Boy). As a result, I used to always try and tell my friends and family all of the trivia I knew, to the point where they got bored/annoyed. It was suggested that I make a website about it, and as I already knew HTML, CSS, and JavaScript, I was able to create this website within a few weeks.

I also began taking guitar lessons around four years ago. I really loved video game music, so I decided to spend New Year's Day 2013 learning the Super Mario Bros. theme on my acoustic guitar. After I learned a couple of other songs, along with how to play the piano, I decided to create a YouTube channel where I could upload my video game music covers. I've since made 12 cover videos, and I'm working on several more to be released over the next few weeks.

One question I'm commonly asked is why I chose the name ZeldaRocks if I love all Nintendo games. In truth, I had never heard of the Legend of Zelda series until I played Ocarina of Time on my N64 when I was eight, but I have since come to love the series greatly. Out of all video game series I've found the Legend of Zelda has some of the most interesting trivia and easter eggs, best music, and most captivating storyline. Though they may not be my favorite video games (Super Mario Galaxy wins there), I'm yet to be disappointed by one. The name is also quite literal. The Legend of Zelda series has amazing music, so Zelda literally Rocks.

Well, that's enough about myself for now. I hope everyone has enjoyed what I've done over the past year, and I'm looking forward to all of the new projects I have planned. I'd also like to wish a very happy 30th anniversary to Super Mario Bros., my first ever video game.