Ever wonder why Super Mario Bros. 2 is so different from other Mario games? Like why you have a health bar of hexagons, or throw veggies at your enemies? Well, what if I told you that it wasn't originally going to even be a Mario game at all? 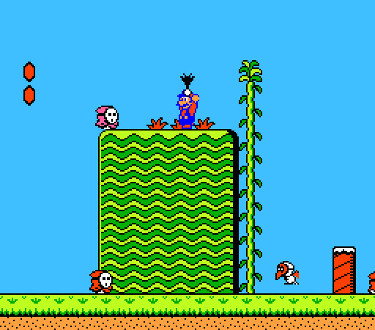 After the release of Super Mario Bros. a prototype was developed at Nintendo for a new Mario-like game where two players would progress vertically by stacking blocks to climb on. The project didn't seem like it was going to work out, until Super Mario Bros. designer Shigero Miyamoto jumped in and helped by suggesting the addition of more side-scrolling areas. Soon, a full fledged game known as Doki Doki Panic was being developed.

Interestingly enough, the four main characters, who look like they could be from the Arabian Nights, came out of Nintendo's partnership with a television company known as Fuji Television. The characters had been the mascots for Fuji TV's Yume Kojo'87 festival that promoted several of their upcoming shows. The festival also prominently featured masks, so many of the games' enemies and items are masks or are wearing masks. Other members of the Super Mario Bros. development team were involved such as director Kensuke Tanabe and composer Koji Kondo. 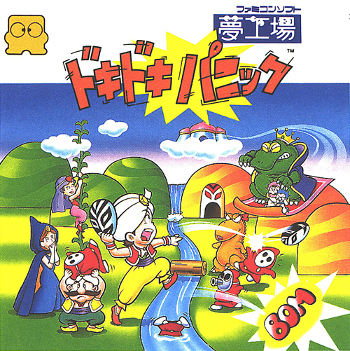 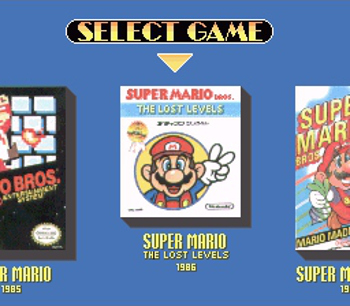