A very popular activity among the video gaming community is speedrunning. As the name implies, speedrunning is where you try to run through a video game as quickly as possible. Some do it for fun, others for a challenge, but everyone finds them fun to watch due to the often complex sequences of glitches and special manuvers that speedrunners have to execute to get those times. I've been granted an interview with a guy known as Antilles58 who holds some of the world's best times in retro classics like Donkey Kong Country 2 and Super Metroid. Without further ado, the interview:

What made you first decide to try speed running?

I've known about speed running for a long time - but it wasn't until a few years ago that I really started doing it myself. I was given Mega Man Anniversary Collection for my birthday, and, on a whim, I decided to look up some Mega Man speed runs on YouTube. What I found was videos of Awesome Games Done Quick (AGDQ) - people doing really high level speed runs of the games and giving detailed commentary, all while trying to raise money for various charities! I'm a Christian, so I'd wrestled for a long time as to how to combine my interest in games (an inherently selfish endeavor) with a desire to serve and do good for others - these people were doing exactly that! I was instantly hooked, and for the next several months watched everything I could find! Along the way I managed to finally catch the event live and donate some money myself, and after that there was no going back! Within a few more months I was streaming on Twitch as I tried to learn the Super Metroid and DKC2 speed runs.

What made you decide to start with SNES (Super Famicom) titles like Donkey Kong Country 2 and Super Metroid?

Super Metroid was my first introduction to speed running back to 2008, and it has always been one of my favorite games. The 4-player race in AGDQ 2014 was one of the most entertaining eSports events I've ever seen, so it was a natural transition to choosing that game. It's one of the most interesting speed runs, and, since I already knew some of the tricks from back then, I decided to start with that. 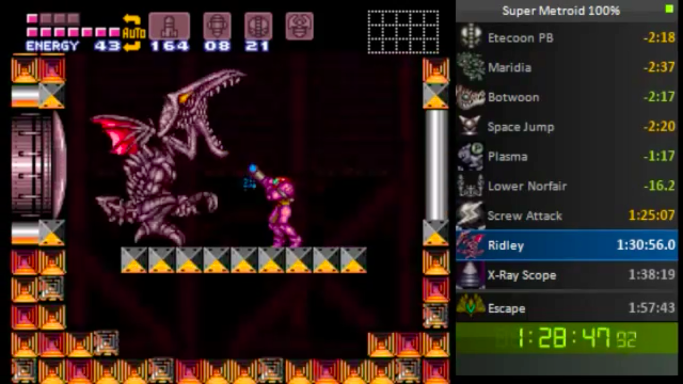 As for DKC2 - I've loved that game for a really long time as well. But I've always been someone who likes to complete games 100% (or 102%, in this case). I noticed that nobody had yet done an AGDQ run of full completion of that game, and thought that I could eventually do that myself if I learned the category. Since I started running it, there have been a lot of others who have gotten interested in 102%, and it's been really cool to see the community grow. And while I didn't get to run the game myself, I got to provide couch commentary for v0oid's excellent run at AGDQ 2016, so that was a pretty cool experience. 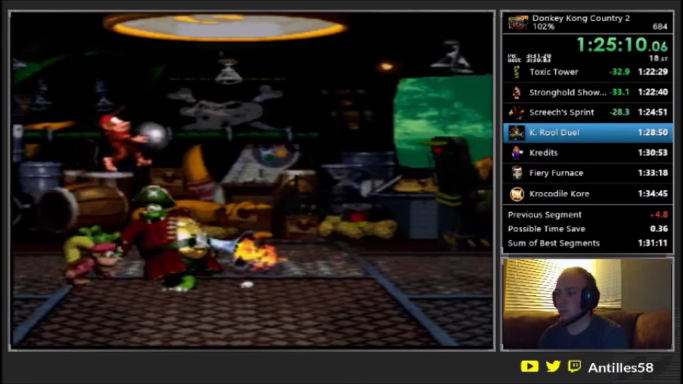 What games are you practicing for right now?

I'm mostly focusing on DKC2 any% (which means beat the game as fast as you can, regardless of completion percent). It's the more "standard" category of DKC2. I'd really like to get a time of 42 minutes, which would put me in some pretty elite company. I'd like to improve my DKC and DKC3 times as well, but I think those will be a ways off. Of more interest to me right now is the Mega Man series - I'd like to get good enough times in each of the original NES games that I could potentially run them all in a row. But for now, it's mostly just DKC2. 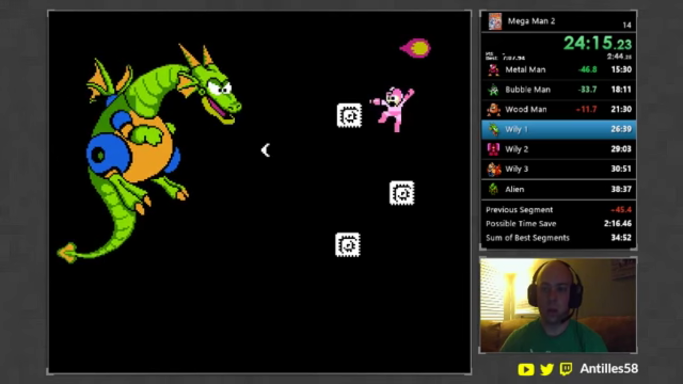 Would you say that some types of games (such as platformers) are better for speed running than others?

I wouldn't say better, no. I think platformers might be a little more accessible to a general audience, since more people can relate to making difficult or precise jumps and running quickly. But some RPGs have extremely impressive speed runs - needing precise movement to avoid encounters and lightning fast menuing skills. I've even tried some Diablo II runs for a change of pace and that's a very fun game to go fast in, but it looks quite different from a platformer. Really, almost any genre can be speedrun well - you just need to really have a love for what you're playing! 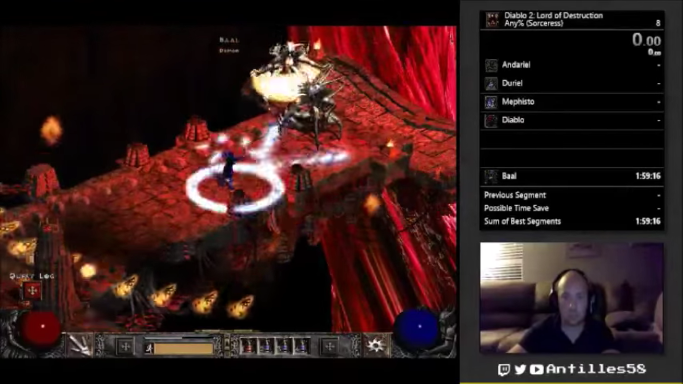 Do you have any other runs or projects planned for the near future?

I've recently started doing some first-time playthroughs of classic games on my channel. I did Castlevania: Symphony of the Night last year and really enjoyed that, so I think this will give me a good excuse to play through games that I should have played but never got around to. I'm currently working on the original Zelda, and I'm planning to follow that up with Zelda 2. Other than that, it'll just mostly be the speedruns that I've mentioned, with maybe a few others thrown in there for fun from time to time! 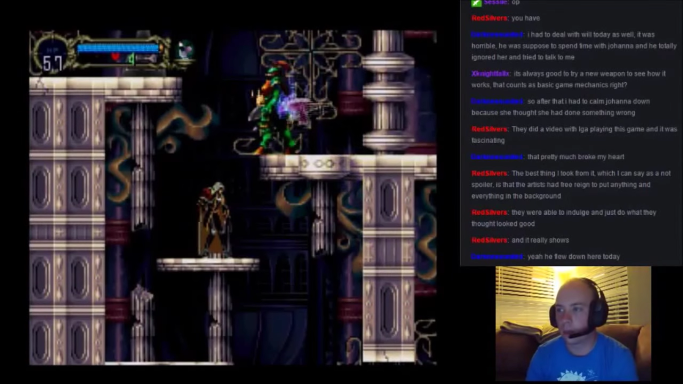 Do you have any tips for someone who wants to try speedrunning for the first time?

First thing I would say is just to pick a game you love! It takes a lot of work to learn to speed run, so you might as well be putting all that time into a game you love to play! http://www.speeddemosarchive.com has a lot of great resources and some excellent forums - it might be worth browsing that site and asking around if there are any other people who have run that game and might have resources you could learn from. Similarly, http://www.speedrun.com contains leaderboards and oftentimes resources for running various games. Lastly, and perhaps most importantly, just find the Twitch or Youtube for people who might be playing the game you're interested in and just ask them for help! The vast majority of people in the speed running community are very open to helping new people get started. Of course, if you're picking a game nobody else has run before, then just start playing and figuring out the fastest way through! You never know what you'll discover! http://speedrunslive.com is also an excellent resource for finding people streaming speed runs, and is the go to place for races. There is also an IRC with channels for many different games which you could log in to and ask more directly for advice.

If you want to see one of his awesome runs for yourself, be sure to check out Antilles' Youtube channel here, or see if you can catch a live run on his Twitch channel. Who knows, you may even be inspired to try a speedrun yourself! (After talking to him, I've now decided to try and complete my own DKC2 any% run.)