Ever since it's first appearance in Kirby's Adventure, stone has become one of Kirby's most popular and recognizable abilities. One thing that makes this power really special is that in many games Kirby will carve himself into different shapes. Here are all of his amazing transformations from Mario to Meta Knight:

Though stone appeared in several Kirby games before Super Star, this was the first time that Kirby could transform into different objects. There are also a two rare statues Kirby can transform into: a golden statue of Mario making the peace symbol, and a bronze statue of Samus as she appears on the Metroid 2 box art.

In Kirby 64, the standard stone ability did not cause Kirby to transform into different objects, he instead transformed into a walking statue version of himself. However, when stone is combined with cutter, Kirby will carve himself into one of his 6 animal buddies from Kirby's Dream Land 3. 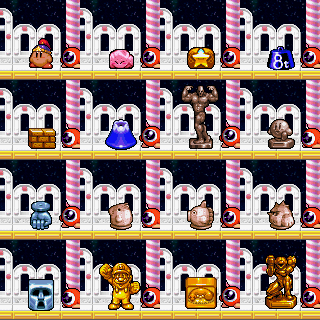 The remake of Super Star, Super Star Ultra, featured even more stone transformations than the original. Of particular interest are the Mario-style brick, Mt. Fuji (Nintendo and Hal Labs are Japanese), and Kirby's original 3 animal buddies: Rick, Coo, and Kine. There is also another rare transformation joining the Mario and Samus statues from Super Star: a golden statue of the HAL Labs logo. 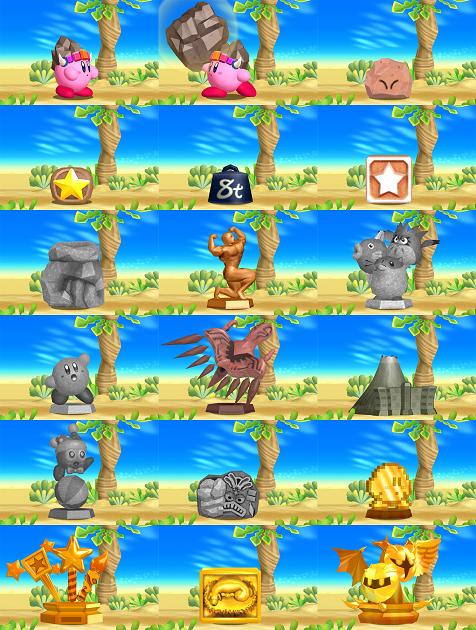 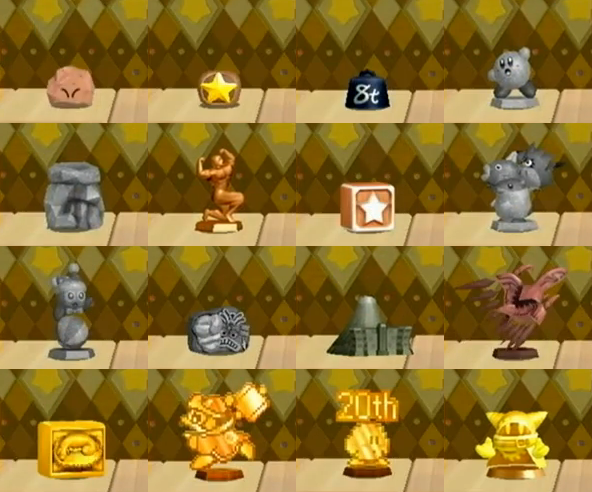 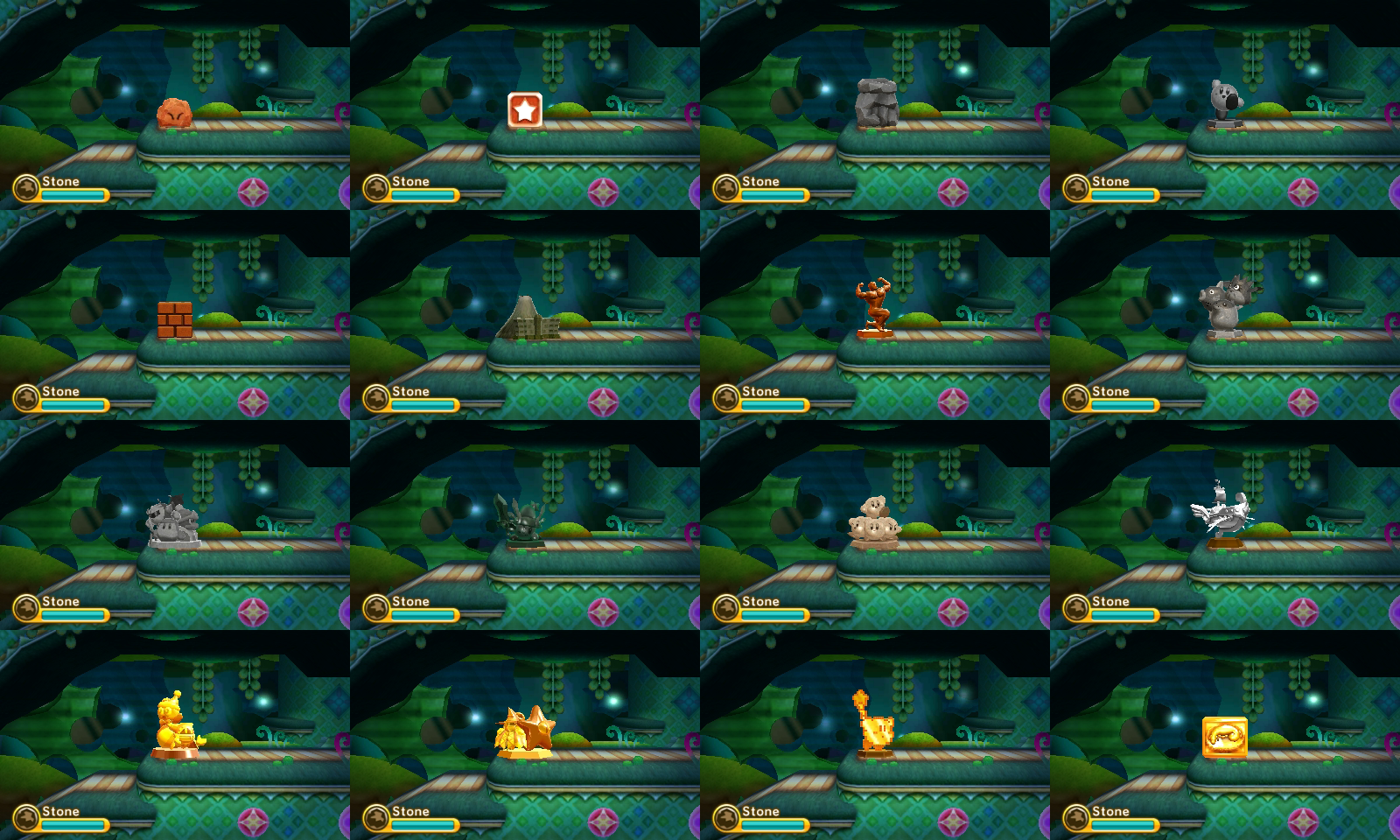 There you have it, all of Kirby's unique stone ability transformations (though I expect there will be more soon). What did you think of this kind of trivia page? Did I miss any interesting stone transformations? Let me know in the comments below or Tweet me @Zelda_Rocks.