The Mount Rushmore of Video Gaming

It's safe to say we've all at least heard of Mount Rushmore. It's the large, mountainside sculpture of 4 American presidents, each one representing founding, growth, development, and preservation. Now though, the idea of a "mount rushmore" tends to simply mean pioneering forces in a particular field. I've seen the question asked before of whose faces would be carved into granite for many fields, such as sports, movies, etc. I've definitely seen this asked about video games, and after a lot of thought about it, I know my choices, and they're all for the same reason I mentioned earlier: pioneering.

Without a doubt, the first face up there is Pac-man. In its beginnings, video games were fun, but they were certainly without character. Pong was just a dot going back and forth, Spacewar! was just a bunch of dots, and Computer Space was, well, more dots. Years after video games were invented, not many people cared. Enter Pac-man, not only a fun, simple, yet challenging game to play, but it featured a character, a face we could put to the thing we were controlling, and that made us more involved. Rather than just something to do, video games were suddenly something we could be a part of. His survival was our responsibility, and it drove people to arcades en masse. Those crowds increased the demand for new games, new arcade machines, and new experiences. Pac-man deserves his spot for several reasons, but to me, the most important was helping kick off the arcade revolution, which proved to be vital to the idea of video games as an entertainment medium. 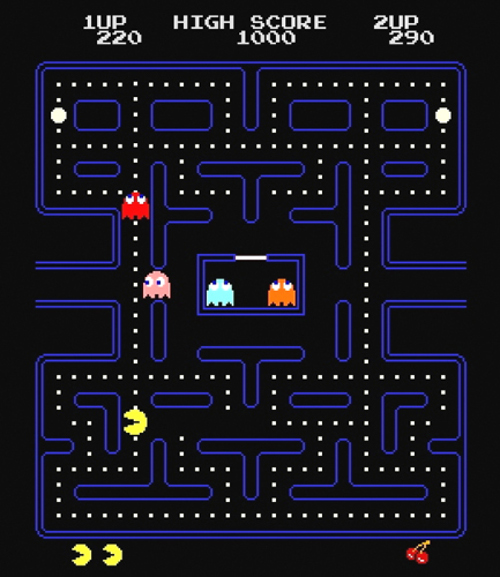 The next face is one known just as well as the first, and is just as beloved: Mario. After a steep climb in popularity, home console gaming took a sharp nosedive to the bottom (search "video game crash of 1983"). All seemed lost for this business, but a short time after, Nintendo emerged with a new system, new ideas, and new faces. The most recognizable of those faces quickly became Mario, and his game's popularity is often cited as one of the driving forces behind the resurrection of the home console market. Including it as a pack in game for the Nintendo Entertainment System ensured the most people got a chance to see for themselves how much fun games can be, which is what gaming should always be about. 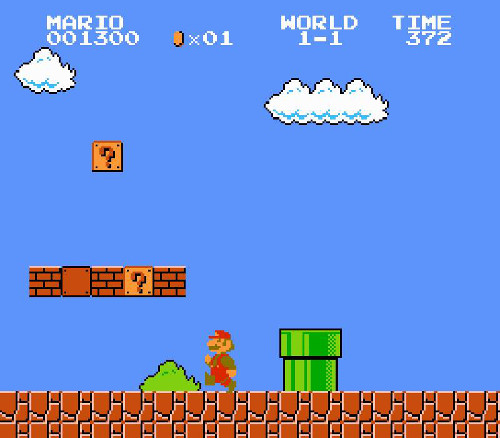 The next face I'd carve isn't a face at all. Instead, it's a block. A tetris block. Tetris was developed by Alexey Pajitnov in 1984 and was originally played on computers, but that was soon to change. In 1989, it was released for Nintendo's new handheld Game Boy system, and the idea of gaming on the go exploded. Before the Game Boy, the idea of handheld gaming was limited to simple electronic games such as those developed by Coleco, or a few unsuccessful attempts at systems with interchangeable games, such as the Game Pocket Computer. Tetris introduced us all to portable gaming in a way we'd never enjoyed before then, and that enjoyment elevated the market to new heights, and forever changed the way we take the bus or go on long car rides for the better. 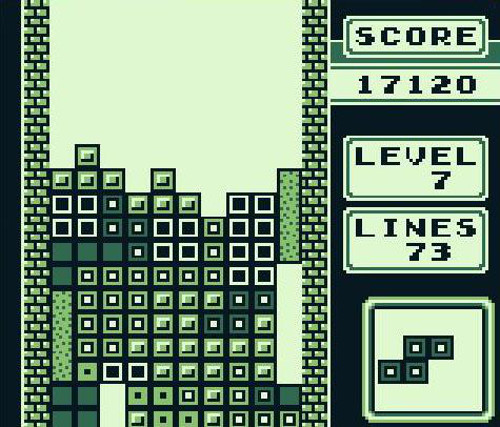 The last face on the mountain may be an unexpected one, but I feel is another pioneer in its' field, which we often refer to as "mobile gaming". My final pick is an Angry Bird. Cell phones and other similar devices often had simple games built into them, such as solitaire or Snake, and smart phones gave us a vast land of possibilities, but it never seemed truly viable until Angry Birds was released. Suddenly, people who never identified as gamers were talking about a video game on their phone. The game featured the same formula that all the most popular games have. It was simple to play, tricky to master, and fun enough to keep you both entertained, and interested. It helped people look at their phones as gaming devices instead of just communication devices, and mobile gaming has either brought millions of people into the fold of video game culture, or at the very least, showed them exactly why we geeks love gaming so much. That shift in the mindset towards video games is allowing many people to be more open about who they are as gamers, which to me is an immeasurable positive. 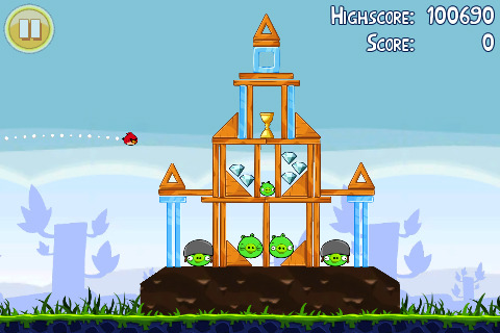 So there you have it. Pac-man, Mario, a Tetris block (the 1x4 piece), and an Angry Bird are the 4 pioneering faces on my Mount Rushmore of gaming. How about you? What faces would you put up there? Do you agree with my choices, or do you think they're all rubbish? And if you've never thought about it, give it a shot. If nothing else, it's bound to lead to an interesting discussion. 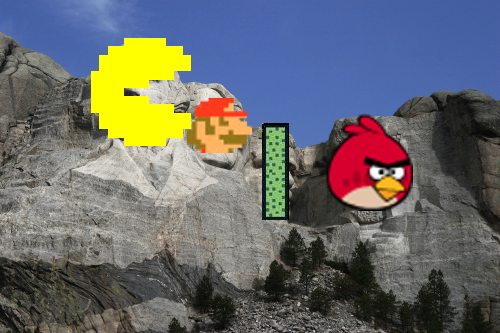 Remember to share your thoughts on Greg's "Mount Rushmore of Video Gaming" in the comments below. You can also tweet Greg @SilverGreg78, and me at @Zelda_Rocks. 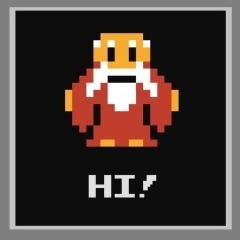 Hey there everybody! Ever since I was a kid, I've been a huge geek and totally proud of it. Movies, TV shows, comics, and anything else geeky and nerdy and amazing, but gaming is and will always be my first love. I've loved classic games ever since classic games were new games, and I love sharing them with others, whether it's in a shop, at a convention, or online through social media or YouTube. It's a passion that has given me years of enjoyment, and hopefully, many more to come. Let it do the same for you, too. Remember, geeky and proud!