The Super Nintendo Entertainment System, or SNES ("es-en-ee-es", not "sness"!) has been one of my favorite video game systems for years now. At this point, I've collected many games for the system, and I consistently enjoy coming back to play those games. For a variety of reasons (some explained below), I've decided on a special project/challenge to take my SNES collecting and completing to the next level. I call this The Super Ninhundred: my quest to beat 100 of the system's best, most iconic, or just plain wackiest games 100%. 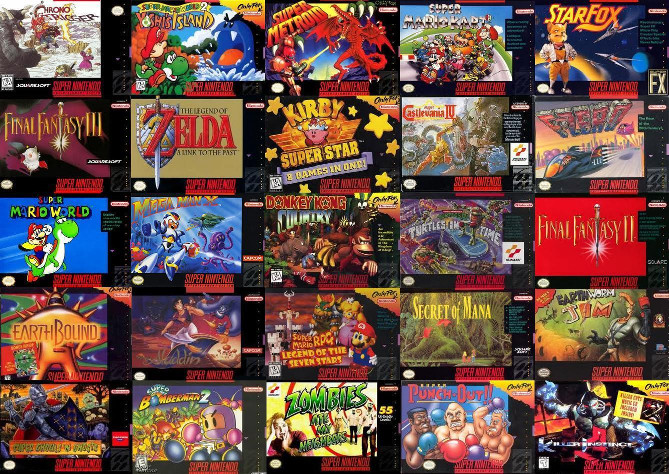 Just a small portion of the 100 games I've selected.

You may be wondering, where the heck did this idea come from? Well, as many of you may already know, back in Februrary, fellow speedrunner TheMexicanRunner completed a three year long quest to complete every single North American NES game. When I saw that he actually finished this, I was rather inspired. Why couldn't I do the same thing but with a superior system, the SNES?

Well, after a moment's research, I realized one major problem: there are a whopping 721 official North American SNES games, slightly more than the NES' already staggering 714! I quickly realized that I currently have neither the time nor the money for this insane goal, but I still wanted to do something. Hence, after a few hours of brainstorming, The Super Ninhundred was born.

Now for the details of this undertaking. With the help of some friends, I've already compiled a list of 100 games, and I'm constantly working to add these to my collection. Simultaneously, starting a few days ago with Super Mario World, I'm playing through each game 100% live on my Twitch channel. In between those two steps there is also a bit of extra work in defining what exactly 100% is for some of these games. For example, in a Final Fantasy game do I just need to beat the game and every sidequest, or do I also need to open every treasure chest or collect every rare piece of equipment? 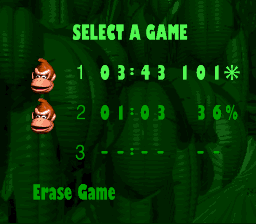 Not all games tell you when you've reached 100% like Donkey Kong Country does.

Upon completion of a game, I'm then going to write articles here on this site and make YouTube videos discussing the history, gameplay, overall fun, and anything else cool about the game. As the project evolves, I may also cover songs, attempt speedruns, or show off some interesting glitches.

In other words, from now on, I'm going to be obsessed with SNES.

With a slogan like that, how can you not be excited to play SNES games?

The full list of games, how close I've come to completing them, and link so the individual 100% checklists can all be found in this handy spreadsheet. In order for this project to really be fun and succesful, the most important thing is to have support from you, whoever happens to be reading this. Just watching my streams of the games for a little bit, or reading the follow-up articles and finding them interesting means a lot to me, and makes this whole thing more fun for everyone. Also, if there's a game you really love that's not on the list, feel free to tell me, or if it is on the list, you can help define 100% or just point out some cool info! Now that that's explained, it's time to begin; and remember, with an SNES you're not just playing with power... you're playing with super power!