Once you've finished exploring the Plaza, you'll probably want to get in on some action. If so, then go ahead and head into the Lobby so you can begin competing in Turf Wars. If you feel like some solo fun instead, you can go ahead and try out the Octo Valley mode. You can also get a bit of practice with the Battle Dojo mode, as long as you have a friend to play with.

Once you've entered the Lobby and read all of the pop-up information, you're ready to begin. You can change your equipment by pressing +, but you probably only have basic equipment right now so it's best to just select Turf Wars to begin. You'll then be brought to a waiting room until 8 people can be found to begin the battle. If you get bored, you can play the 8-bit squid jump minigame on the gamepad while you're waiting.

Once 8 people have been assembled, the battle will begin. You will be then randomly split into two teams of 4 and placed on one of the two available courses. The point of Turf Wars is to have the most ground covered in your team's ink color at the end of 3 minutes. You also gain points by covering turf, which are then used to increase your freshness level. If you are hit by enough enemy ink, you be splatted and will respawn at your base after a few seconds. To help you get started, here are some tips:

* Remember to coat your whole base area first. It's okay for some people to charge into the fray, but at least one person needs to make sure your home is coated. This is a quick way to get some points and charge up your special weapon; plus the base can easily be defended later.

* Remember to regularly check the map on the Gamepad to make sure your team mates are okay and that the enemy isn't planning a surprise attack. You can also quickly see how the battle is going by glancing at the squid icons at the top of the screen. These represent living members of each team, and will grow or shrink based on how well that team is doing. If you begin to fall behind, the word danger will flash next to your team's icons. 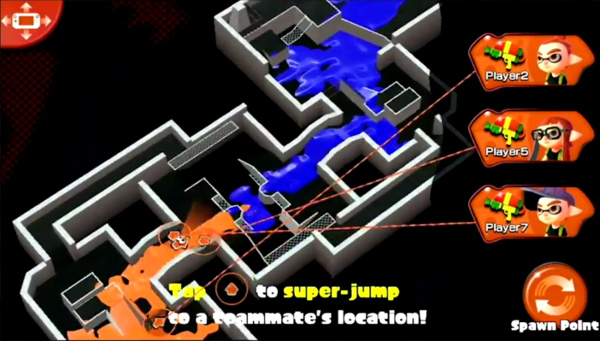 * Killing your opponents certainly helps, but you can only win by covering turf. An enemy sniper may be annoying, but at the end of the battle they probably won't have many points. 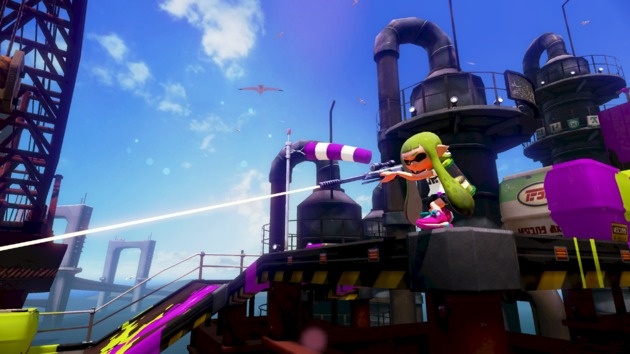 * Inking walls allows you to climb up them in squid form and reach higher ground. However, points are only scored by covering the ground; so that is always your first priority.

* Don't just rush into the enemy base with no plan; you will rarely meet with success unless you can rally your team. Keep in mind that all courses are symmetrical, so any strategies you use to secure your base can also be used by your foes. 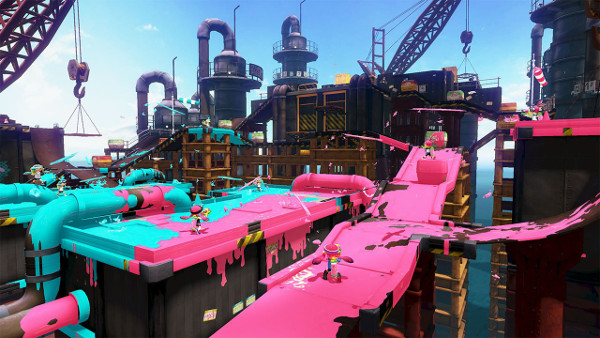 * Also make sure not to instantly super jump to your team mates after you respawn. I know you may instantly want to get back in the fight, but your jump location is displayed on the ground allowing your enemies to easily ambush you. Super jumping is still a good idea, just don't be reckless. Sneaking up may take longer, but it's worth it if you can stay alive.

* Don't forget about your sub weapons (R)! Bombs can be used to distract your foes or provide cover, while a well placed Squid Beakon can turn the tide of the battle (See section 3 for more details on sub weapons). 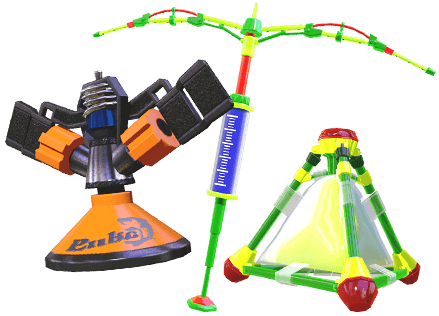 * Don't panic if you're losing when the last minute comes around. Many battles can be turned from a crushing defeat to an astonishing victory in the final minute, or even the last 30 seconds!

* Finally, don't be intimidated by high-level opponents. Many players with a high level and fancy weapons aren't very good; they've just fought a lot of battles. Likewise, a low level player with a basic gun like the Splattershot can wreak havok on their foes. Don't judge a book by it's cover.

You may also notice a little box with flags in the lobby. this is called your vibe meter. You gain flags by winning battles and lose them by losing. Once you've racked up a good streak, talk to Judd the Cat for a monetary reward.

Once you've amassed enough battle points to reach level 4, you'll probably want to visit the newly accessible clothing stores. You gain 1 unit of gold for every battle point, so you probably have plenty of money to spare. Let's go get some fresh new clothes!